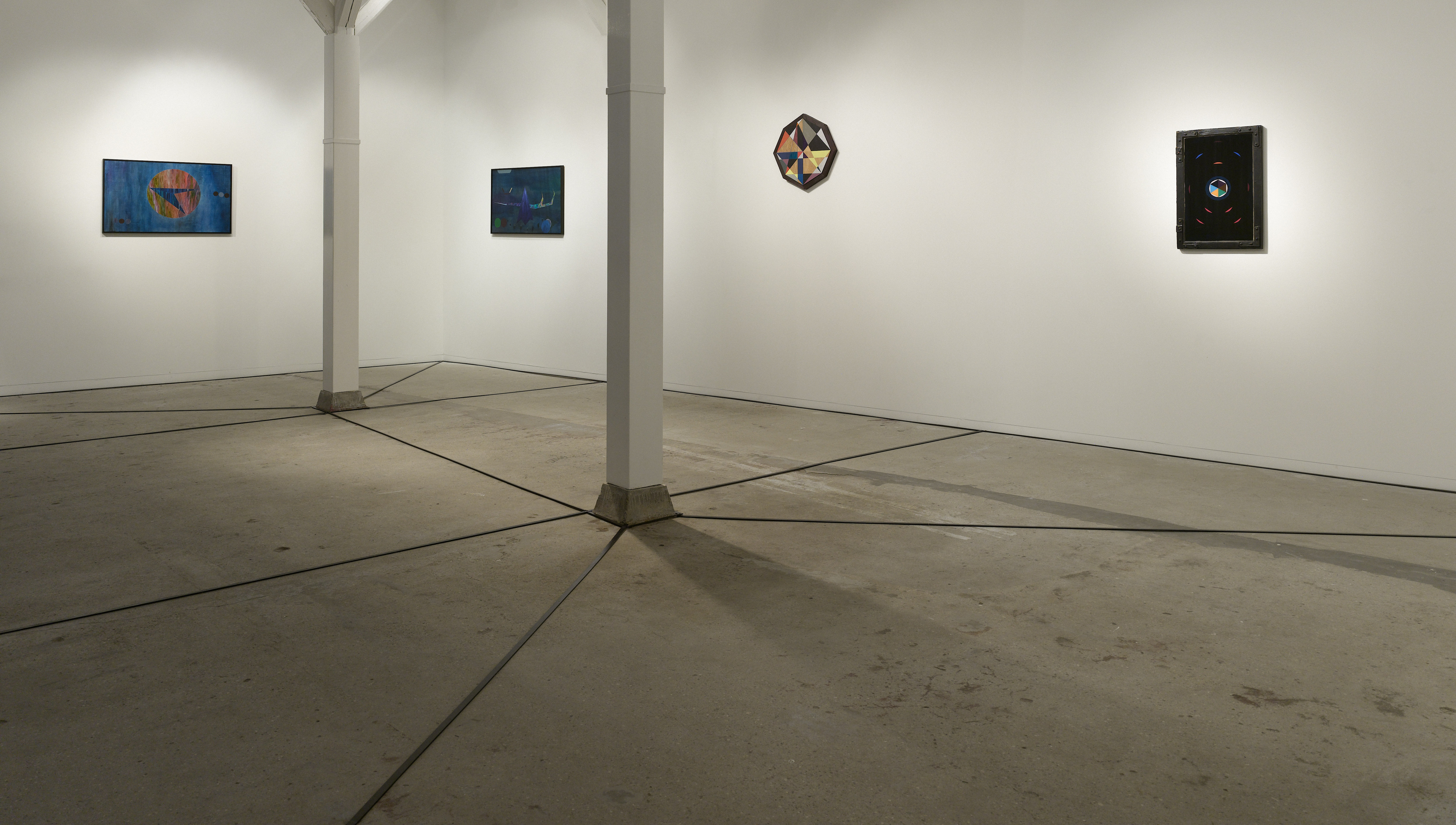 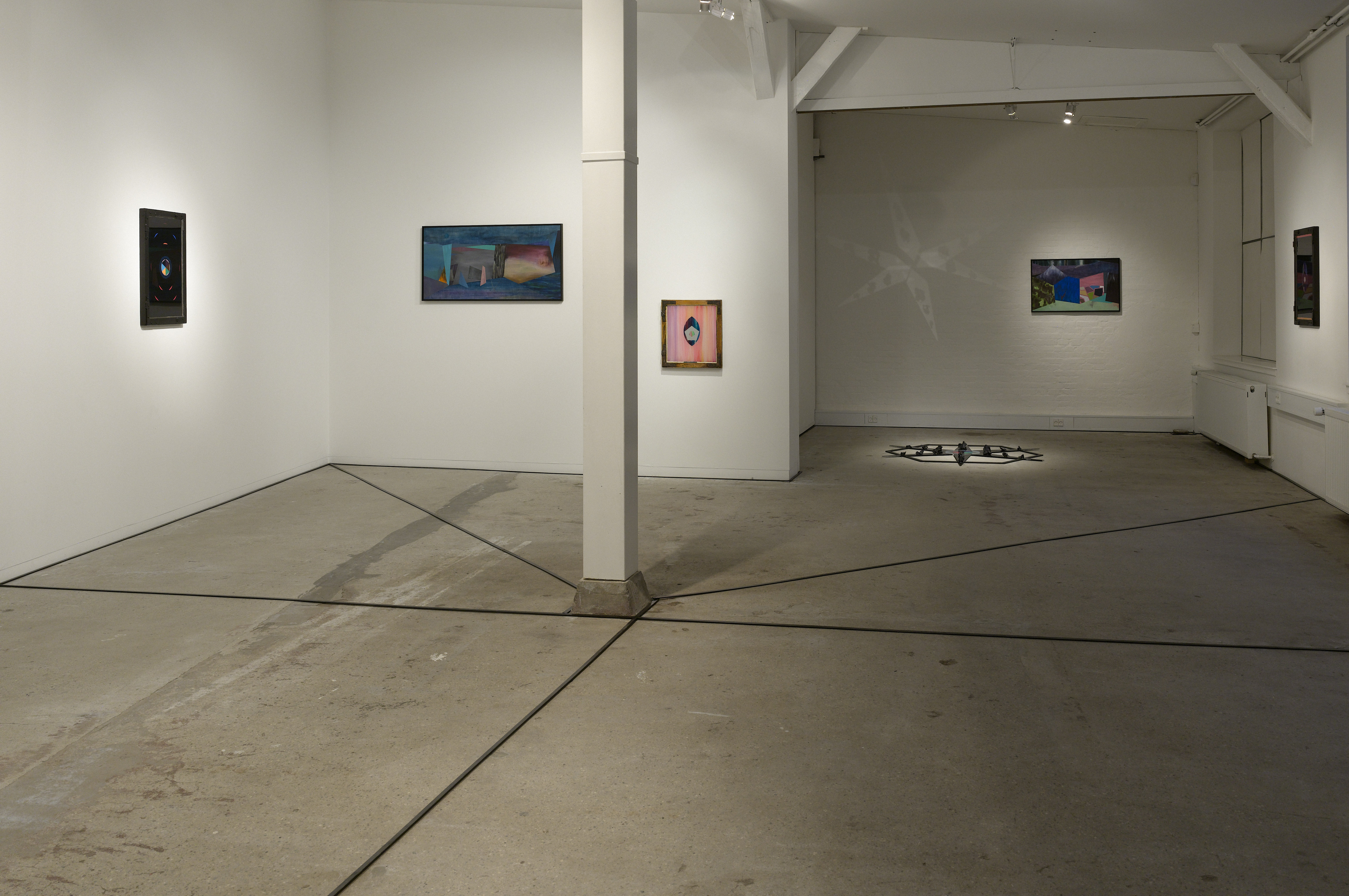 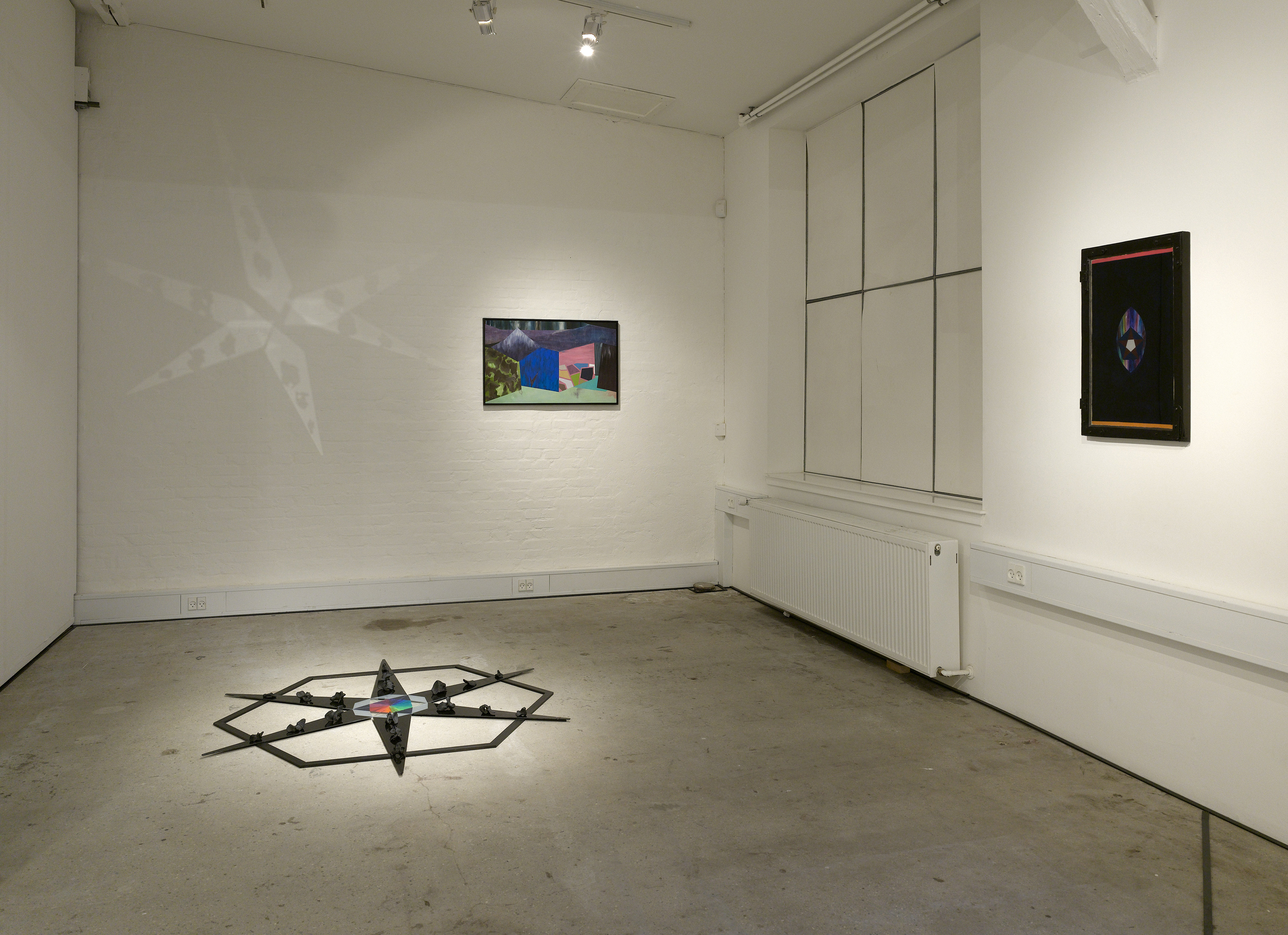 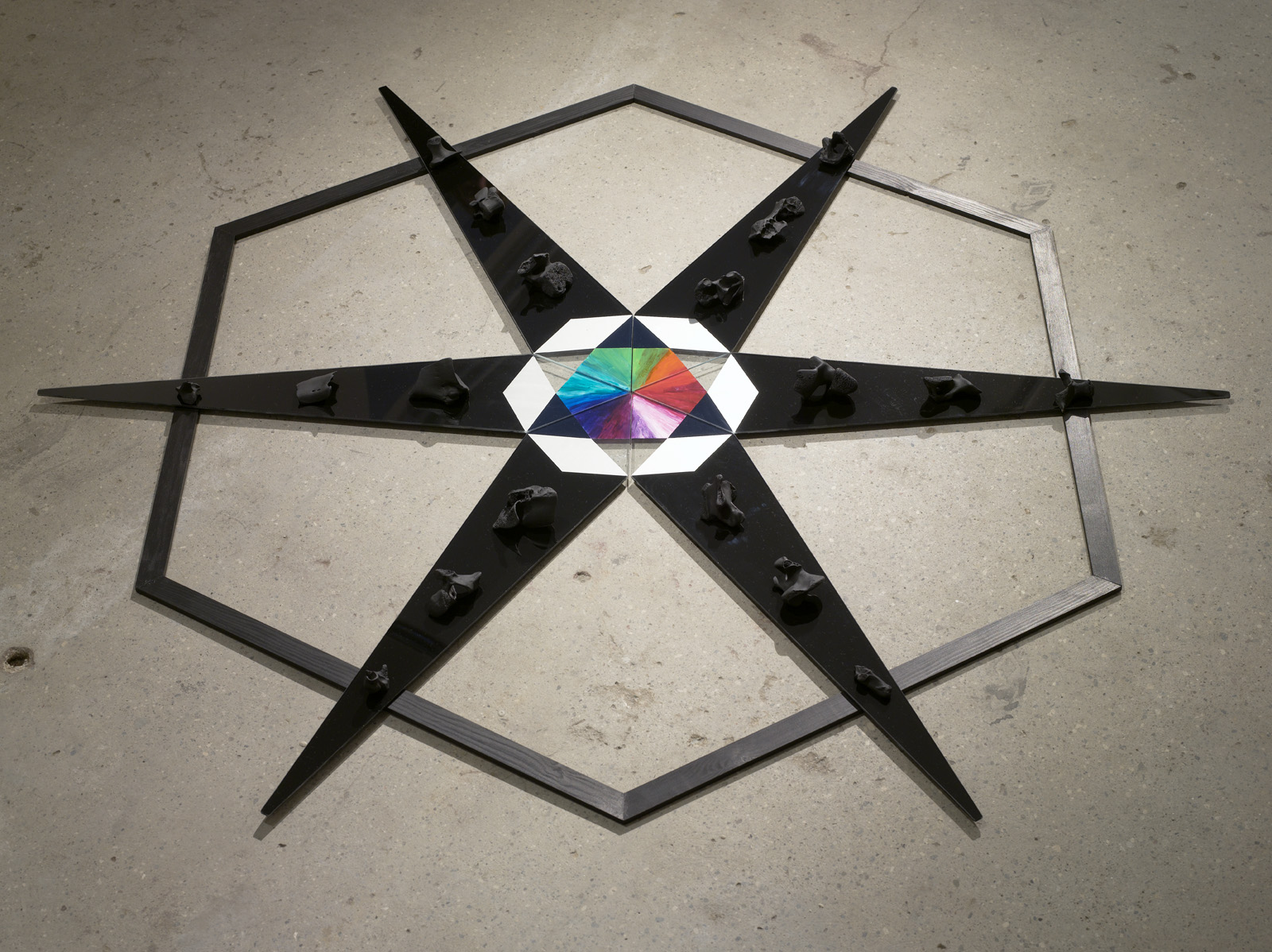 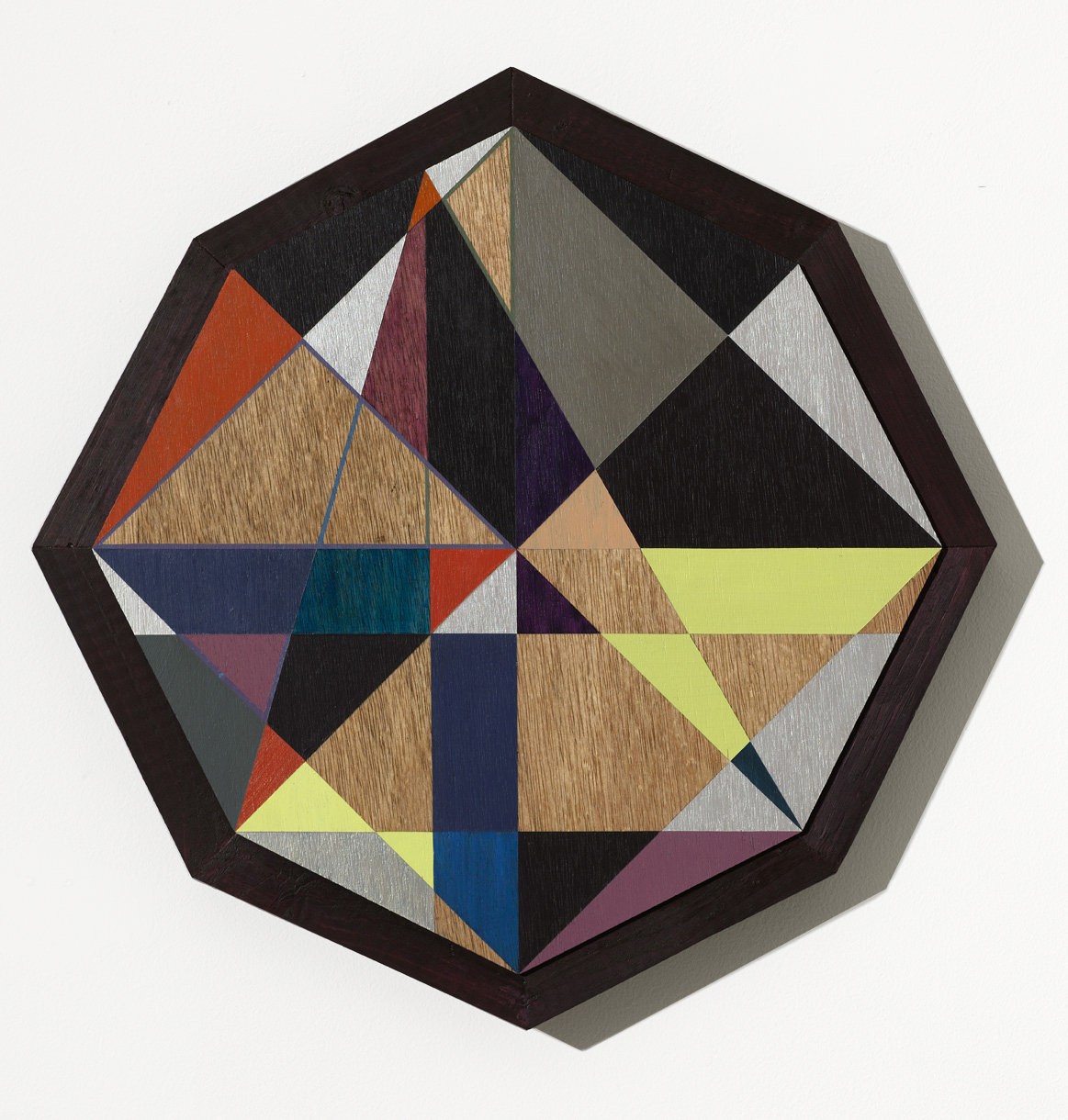 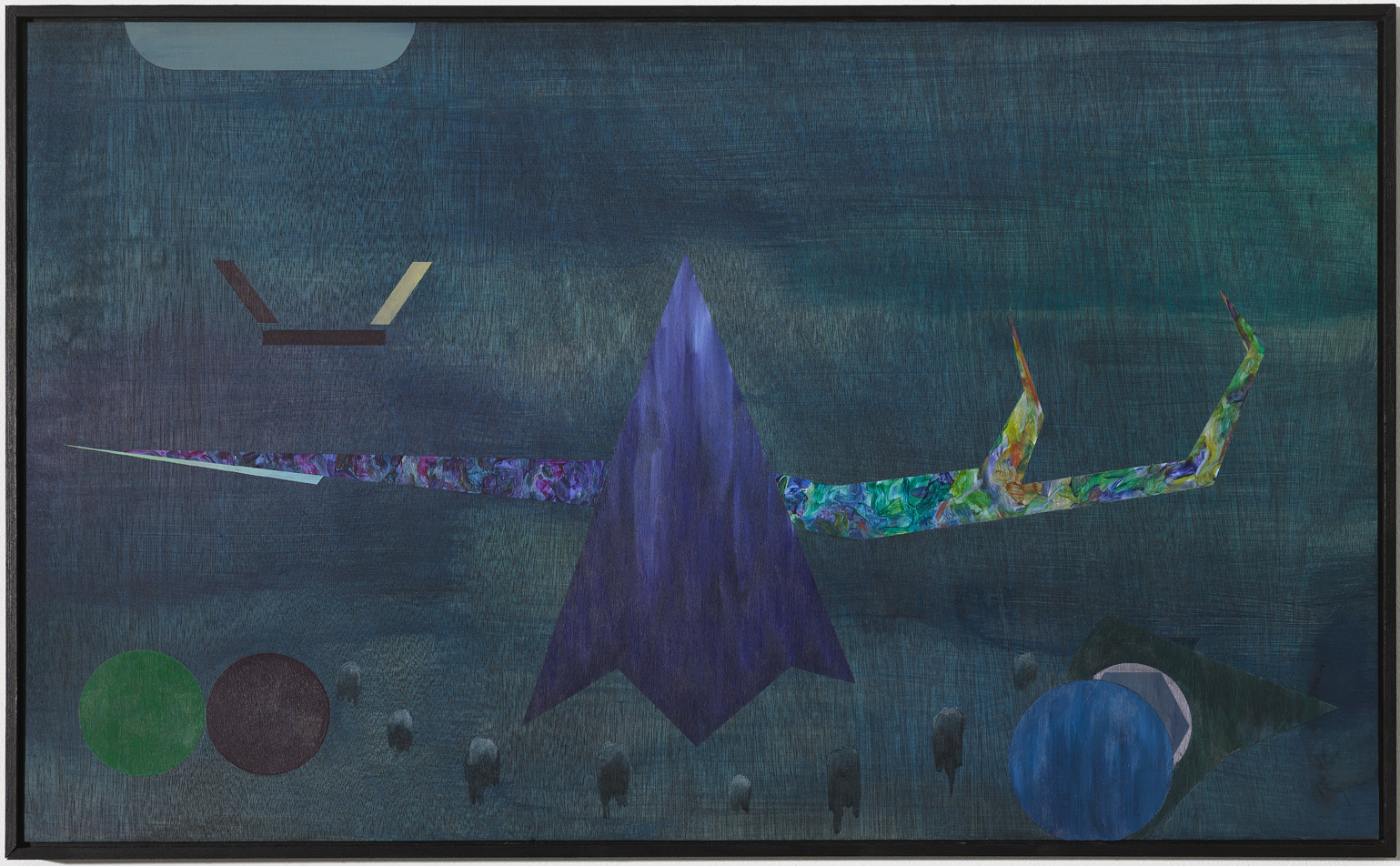 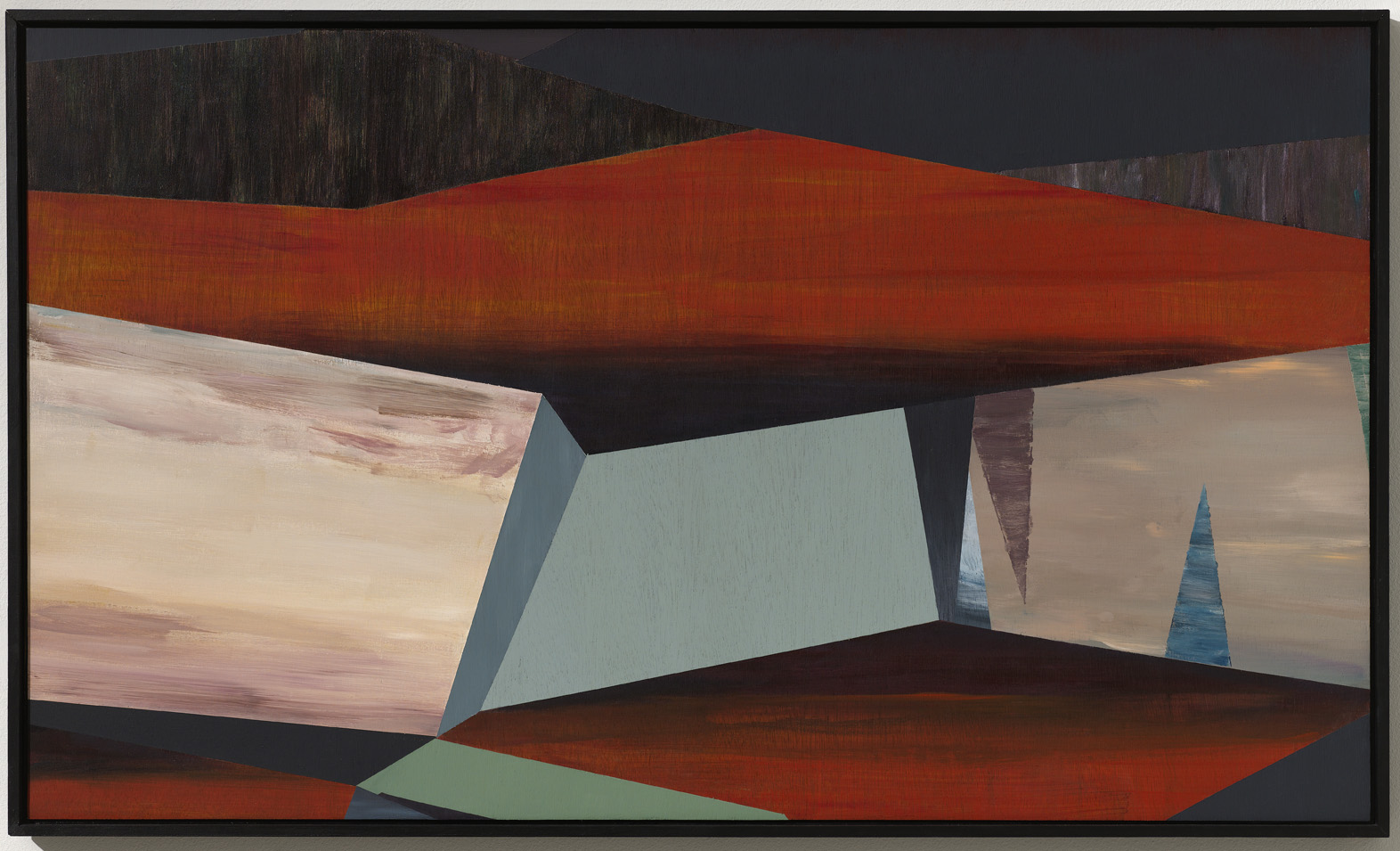 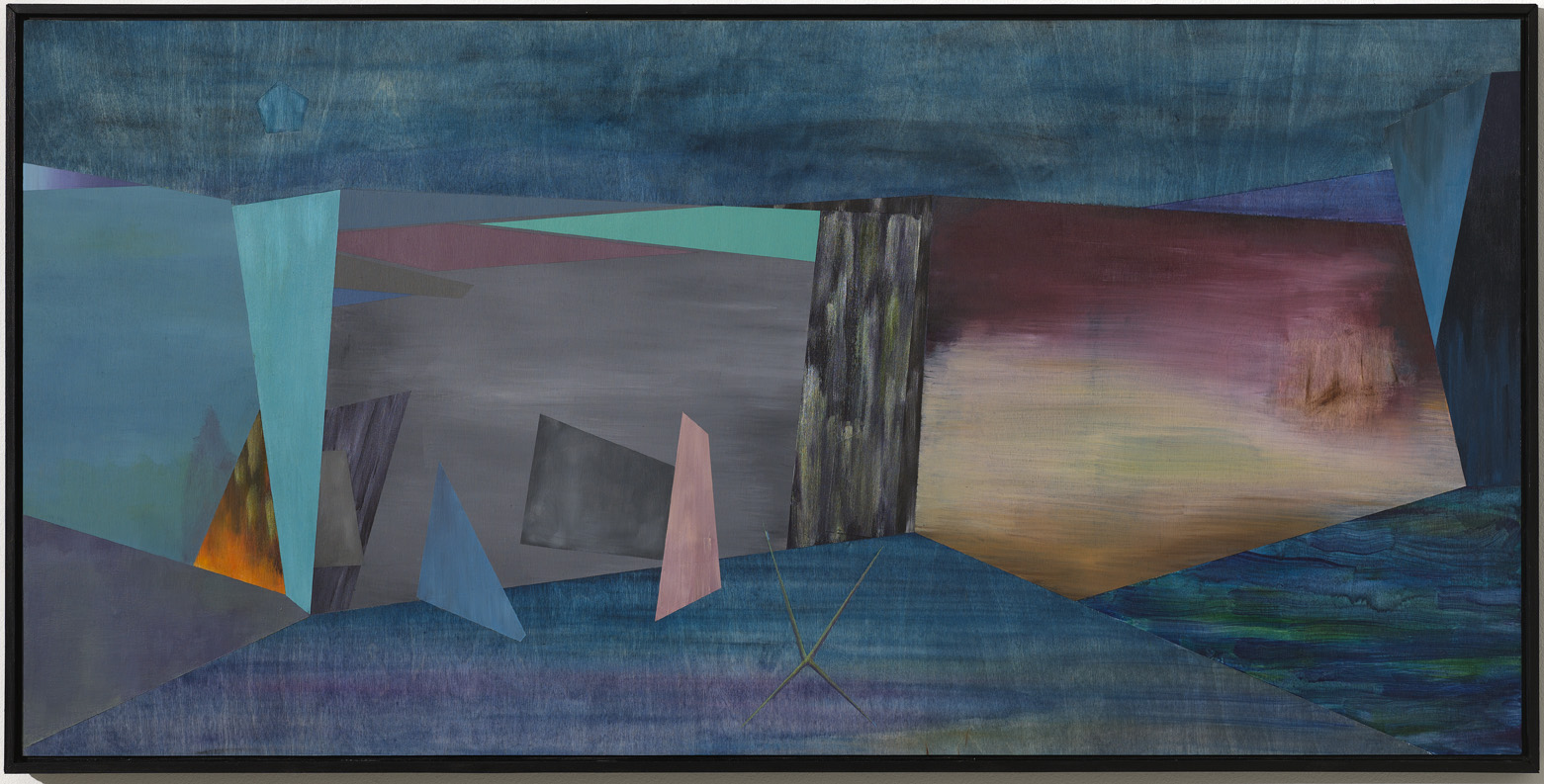 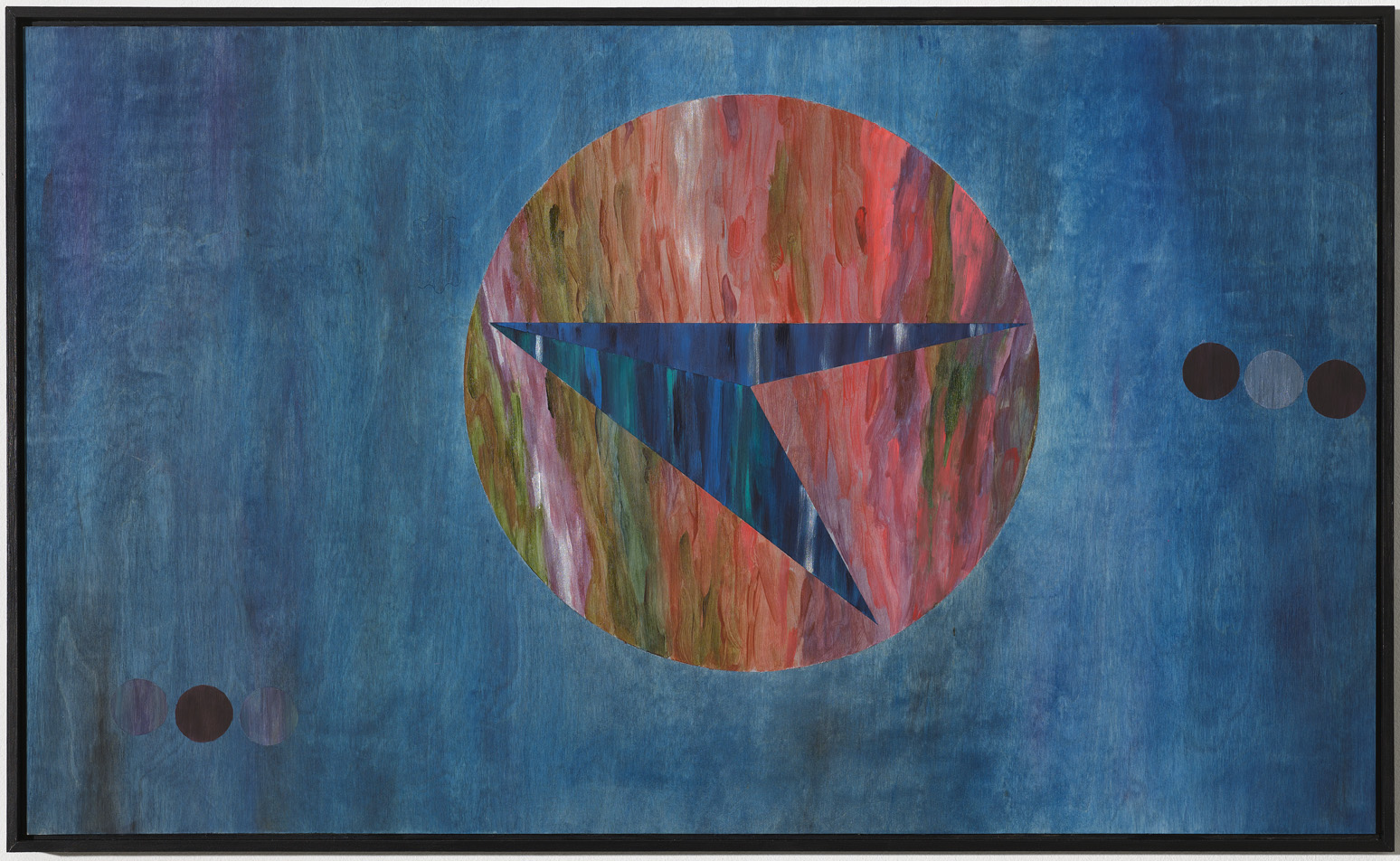 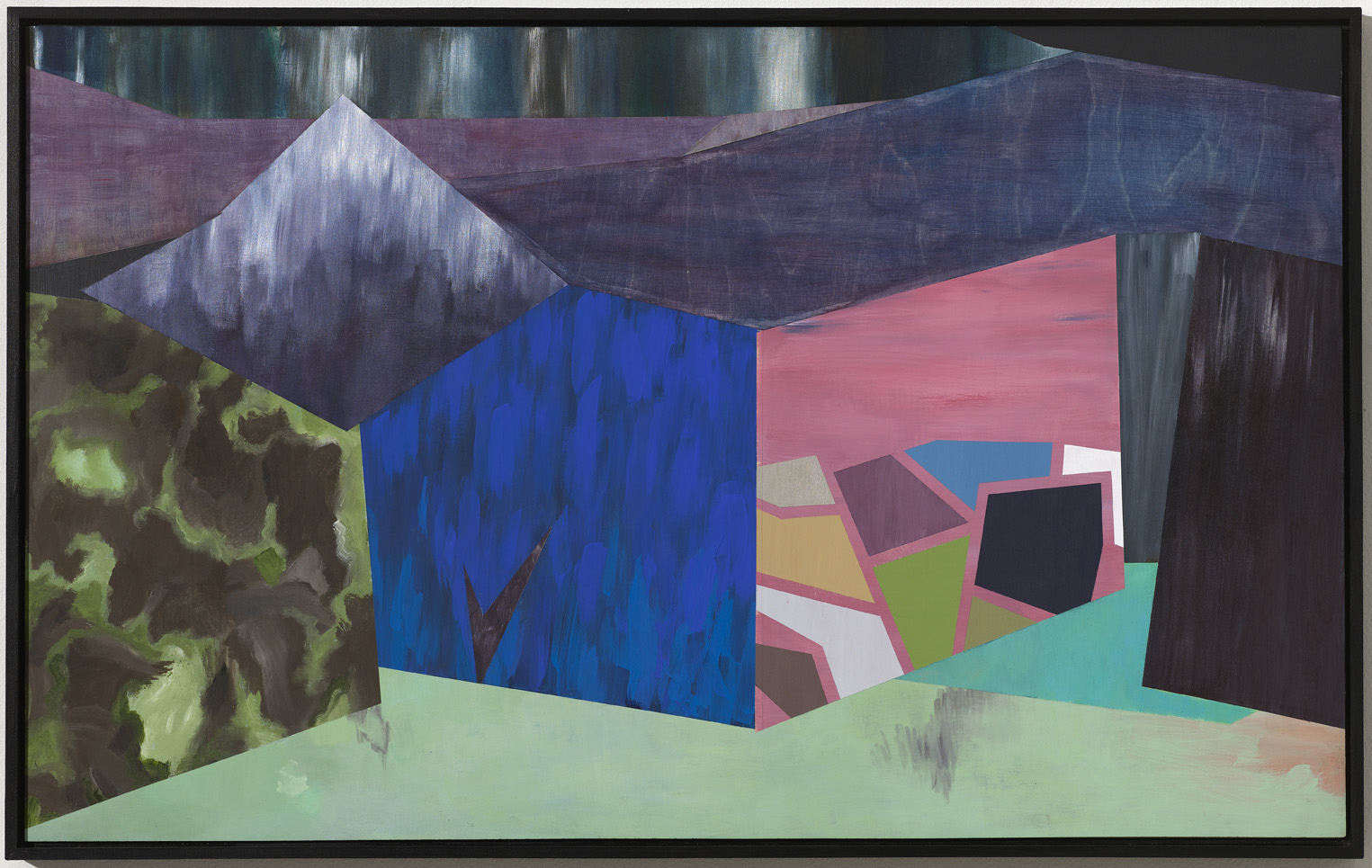 Dark Formalism (”Mørk Formalisme” ) presents new paintings on wood and glass. The paintings are abstract, geometrical, dense and transparent at the same time. The colours are dark. A few glowing colours form a contrast to the backgroundwhere the tree rings are visible through the layers of acylic paint. In the emphasis on surface and form, the expression moves from the painterly to the sculptural. An installation runs as diagonal through the space and along the walls. In all its simplicity, it makes the viewer conscious of him/herself and of the space itself as an extra and existential dimension. The installation also functions as the paintings’ extended frame.

The exhibition investigates both the relationship between space and form, and geometry in itself – geometry which to Plato was sacred, visionary, mysterious, sublime. A cosmic space of generic forms, blending the rational with the irrational. In general, these works are related to Modernism and in particular to the German art’s hermetic and alchemical tradition: the antroposophy of Rudolf Steiner, Kurt Schwitters’ Merzbau, Emma Kunz and Joseph Beuys.

The view of cosmos through geometry is very visible in Thorbjørn Andersen’s paintings on glass in found old window frames: A reference to the sacral mosaics of Christian and Islamic culture. Because of the frames’ old nature and the more contemporary painting, the pieces’ age is hard to determine. Time is an important factor in the show where the ambiguity of the window pieces is repeated in the emphasis of the tree rings in the paintings. Accentuating the space the installation functions as a here-and-now experience opposite the abstract work’s ability to transcend time and space.

One last piece in the show is an abstract painting on star shaped glass, lying on the floor. Being a geometrical form and a cosmic phenomenon, the hexagonal has many diverse meanings in various cultures and contexts. In Islamic culture, it symbolizes organic life. A meaning which is reflected in the small found objects on this star’s surface. The objects are black painted bones, washed up on the shores of the river Thames.